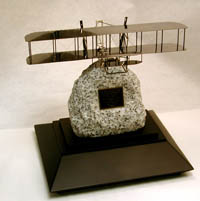 In 1948, NAA established this award to honor the memory of Orville and Wilbur Wright. The association created the Wright Brothers Memorial Trophy, which has been presented by the President of NAA annually on or near the anniversary of the historic first flight, at the Aero Club of Washington Annual Wright Memorial Dinner. The trophy is awarded annually to a living American for “significant public service of enduring value to aviation in the United States.”

The award is made possible by a trust fund established in 1936 by Godfrey Lowell Cabot of Boston, a former president of NAA. The first trophy was awarded to William Frederick Durand for his many accomplishments including developing the basic theories for aircraft propeller design and acting as a primary force in the establishment of the National Advisory Committee for Aeronautics. 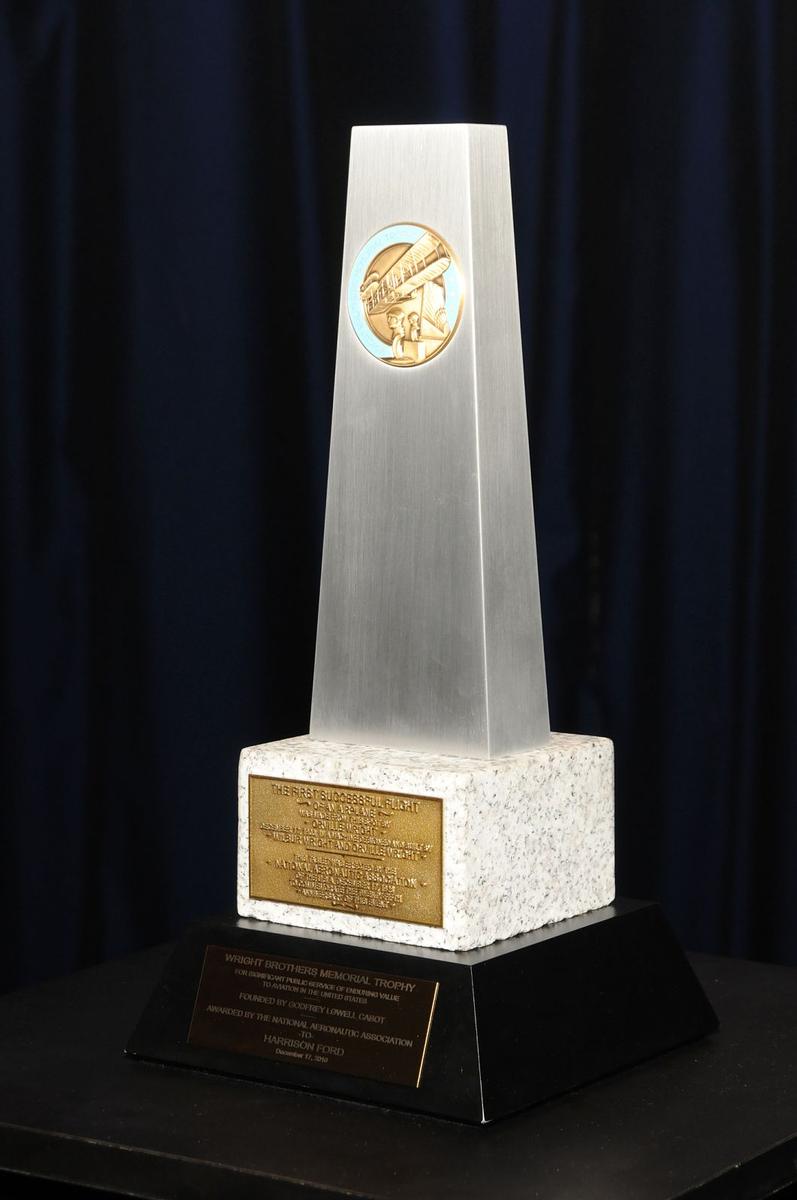 2010 Redesign of the Wright Brothers