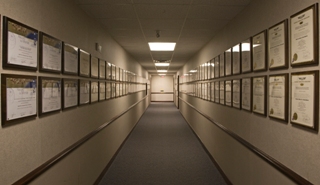 Ever since the Wright Brothers first lifted off in Kitty Hawk more than 100 years ago, pilots have tried to fly higher, faster and farther than their predecessors. Since 1905, NAA has been encouraging pilots to accomplish those feats and documenting their successes.

The Contest & Records Department of NAA oversees and certifies aviation records in the United States, serving exclusively as the national authority for all aviation record-setting activity. NAA is the U.S. representative and one of the founding members of the Fédération Aéronautique Internationale (FAI), the international organization responsible for the coordination of air sports, competition, and certification of all aviation and space records in the world.

NAA encourages pilots of all levels of experience to set records—dozens of records are established each year. National and world records can be set in any type of aircraft and for a variety of different tasks—including altitude, speed and distance. Airplane records are classified by engine-type and aircraft weight, making it possible for a variety of aviators—even pilots owning small single-engine planes—to establish a national or world mark.

NAA also administers records with the many air sports in the United States—disciplines such as gliding, soaring, ballooning, parachuting, aeromodeling and ultralights.

You can learn more about setting records by visiting the Records FAQ.