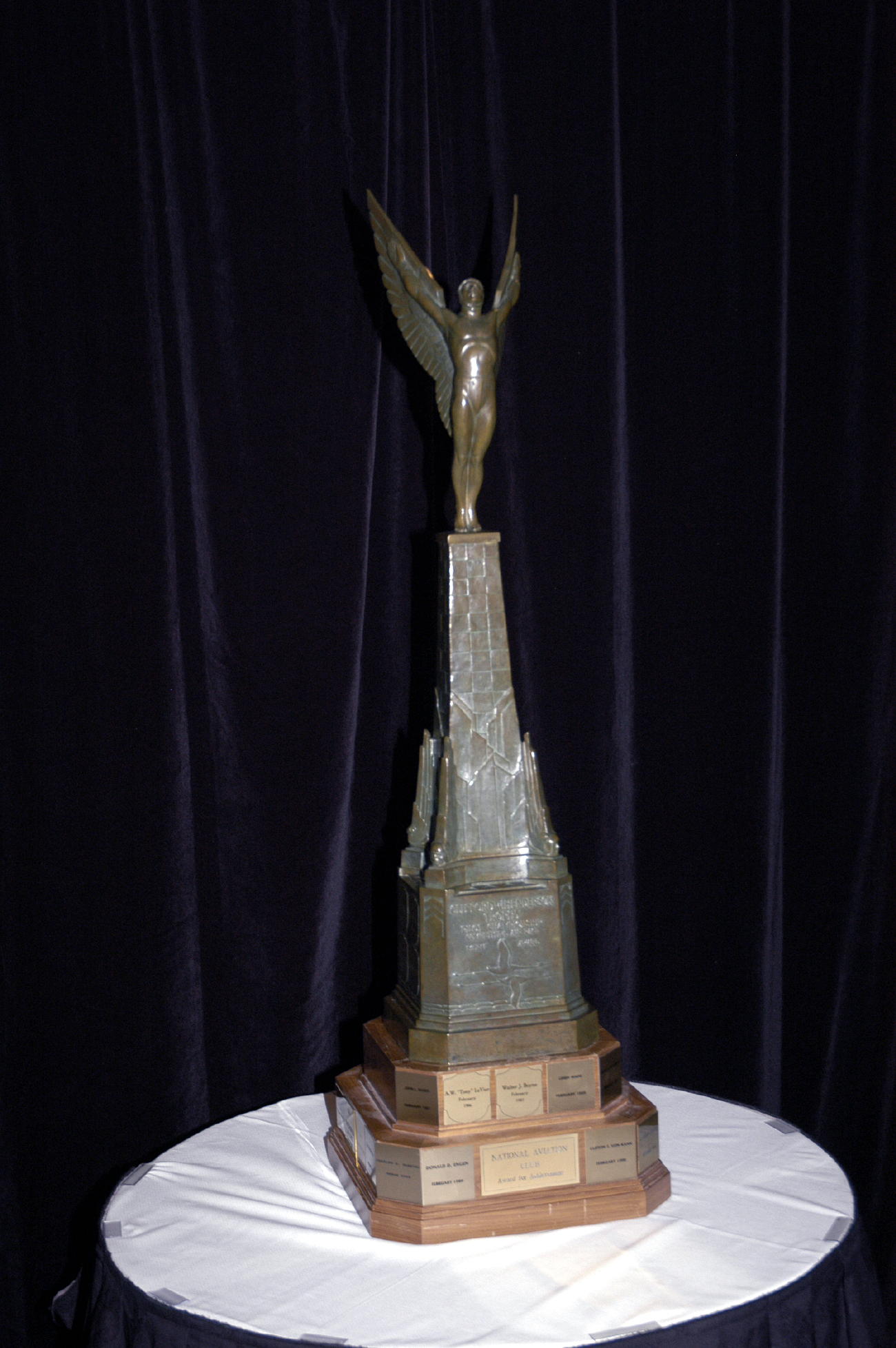 Permanently displayed at the

Clifford W. Henderson, a colorful figure in the early days of aviation, was the driving force behind the development of Los Angeles International Airport: persuading the city to lease a 640 acre bean and barley patch then known as Miles Field and then helping to build the airport's first 1,200 foot runway. In addition, Mr. Henderson was managing director of the National Air Races from 1928-1939 where he originated the concept and obtained sponsorship for the Bendix Trophy Race, Thompson Trophy Classic, and Powder Puff Derby.

Mr. Henderson stimulated a generation’s interest in aviation with his air races and challenged the state of the art in aviation development. He was a showman, promoter, and real estate developer, and his work typified the fact that not everyone who affects aviation change is professionally involved in the development or application of aviation. The Trophy was originally presented to the outstanding pilot at the National Air Races.

Currently, the Henderson Trophy is awarded to “a living individual, group of individuals, or an organization whose vision, leadership or skill made a significant and lasting contribution to the promotion and advancement of aviation and aerospace in the United States.”

A deserving nominee is put forth annually by the President of the National Aeronautic Association to NAA's Executive Committee for confirmation by majority vote. The trophy is presented annually at the June Luncheon of NAA's Luncheon Series.